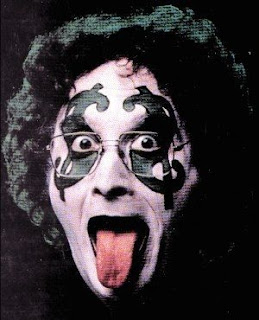 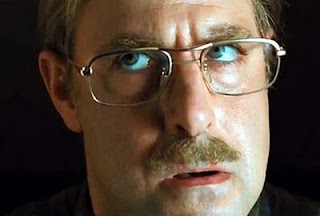 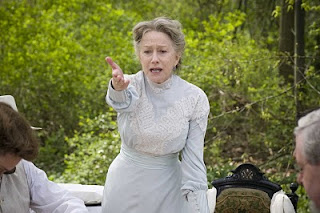 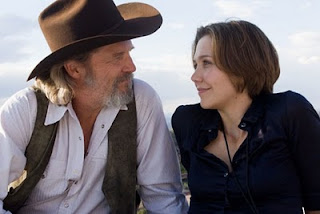 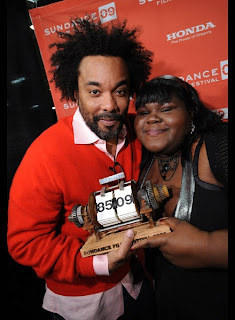 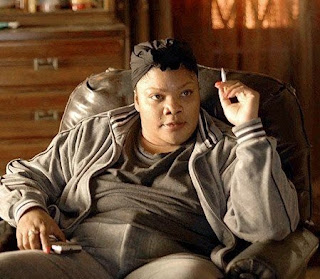 It's ALL about PRECIOUS for me this year!
This year the oscars are riddled with predictions that seem inevitable. Mo'nique will/should win The Best Supporting Actress Oscar. Her performance in PRECIOUS was astounding, and the kind of story the Academy loves. Stand up comic known for bawdy, low rent humor and sitcom status, knocks it out of the ball park with an emotionally wrenching performance that really got me best in it's final scene, in the welfare office with Mariah Carey. That was the scene that convinced me she should get the statue. For most of the film, though I was touched by all the performances, I really didn't believe any of the acting displayed award winning attention-until that final scene. Even Mariah had me. Mo'Nique desrves it- what she did on that screen was riveting, painfully honest, and terribly real. Bravo lady.

Best director should go to Lee Daniels for Precious as well. His direction really colored this story beautifully, not to mention getting 1987 visually down tight. The costume design was amazing. people don't tend to think about costume design in these sorts of human dramas- I think half the audience thinks the actors showed up in their street clothes! Which could not be further from the truth. I liked The Hurt Locker, but all the hype around it, and the director Kathryn Bigelow, I feel is over done. It certainly is an emotionally gripping film, but Precious goes it a smidge further for me.

I think Best Supporting actor should be Stanley Tucci for his transformation in THE LOVELY BONES. What a performance! You barely knew it was him inside there. A true characterization. I felt that the nomination of Christopher Waltz for Inglourious Basterds was fairly odd, considering his performance so closely mimicked Verner Klemper's when he was on Hogan's Heroes as Colnel Klink. Best Actor has just got to be Jeff Bridges for CRAZY HEART. He puts so much pathos and depth into his facial expressions alone, it should count him ahead. I'm not convinced George Clooney's business man is anything out of the norm for him, but Bridges plays his role subtly and coolly. Best Actress should go to Helen Mirren, though I am afraid the academy is want to send it over to Sandra Bullock- whose Producing skills will more likely be the target than her acting if she does receive the Oscar.

Even though I did not much care for A SERIOUS MAN, I do think it should win the best original screen play. Certainly over INGLOURIOUS BASTERDS, a movie I found painfully over rated and silly- the extended rock video format a turn off. It was like a bad Duran Duran video, I felt. A Serious man's script was full of interesting dialogue and conundrums that were at least challenging and engaging. And yes, I think Precious should not only win for best adapted screen play, but best movie as well. I do not watch much animation, so I could not comment on those films.

And is there anyone else working on soundtracks OTHER than Randy Newman? Or T Bone Burnett? Can we get some new blood in here for a change? I am so tired of the millionth puttering, piano driven, sugar sweet, sappy ballad by this guy.
Posted by Unknown at 1:43 AM No comments: