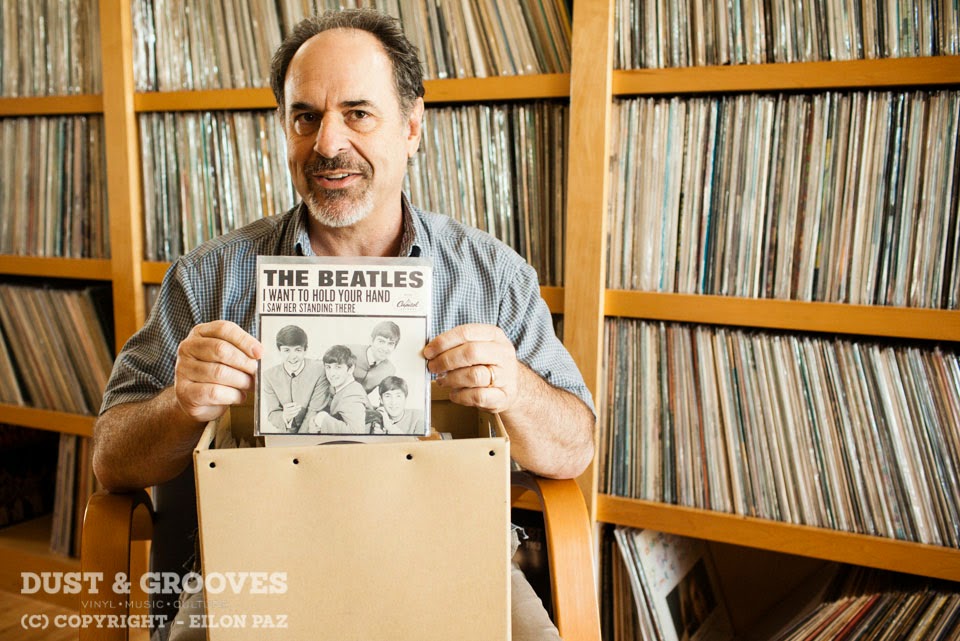 2014's Record Store Day is set to be a record breaking event for the middle aged white man, whose disposable income has tripled in the last 5 years do to his brand new tech savvy job. Concerns and fears were raised by College students this week over being able to actually get the cool, new, limited edition 7" records from their favorite indie bands in light of this year's massive middle aged influx.

"Middle aged dudes are far more aggressive than their younger counterparts," stated Dr. Kilby Rhodes, head of psychology at USC, "They tend to get crankier more quickly, shower less,  and have an enormous sense of expectation that can be frightening." Students at UC Berkley affirm these fears. "Those middle aged white dudes are crazy, " said Sergio Pimentel, a second year Law Student. "They will do anything to get those Flaming Lips or White Stripes exclusives." Last year, a middle aged white dude bit Sergio's hand so badly he needed 32 stitches.

"We are prepared this year" said Jefferson Smith, floor manager at Amoeba Music in Hollywood, "we have plenty of floor staff scheduled to escort the bladder impaired to the rest room 6, 7, maybe 8 times with in the hour- as many of these men will no doubt fill up on coffee, beer, and soda at the restaurant next door, and then demand to use our employee bathroom because they are too drunk to remember the place they just left has a public bathroom for customer use. We are ready for all of it, though we do advise you steer clear when you see one of these middle aged white dudes  in action -between their girth, determination to fill the empty void in their souls, and general displeasure with the way the world turns, you could get seriously injured if you are caught in the cross fire" said Smith, who best handles these situations making sure his store is stocked with middle aged white man goodies to quell any disappointments. "As long as you carry tons of Wilco, Sonic Youth, and Beck records- anything the middle aged white dude cannot get exclusive to that day will be forgotten- these legacy artists are a sure fire "fix' to any middle aged crazy that may occur.

Such things over heard from years gone by; "What do you mean you only got 5 copies?" "Oh, I'll just find it on line. Thanks for nothing." "It's a Third Man exclusive? Lame."

Posted by Unknown at 2:27 AM No comments: